Welcome to the Machine

This is a story of confusion. One that is not meant to be taken lightly, because nothing pleasant happens.

John had never seen the sun since arriving to the city. He didn’t even know if one existed. He got up from his usual five-hour night sleep, opened his window and looked down at two Semis standing guard outside the building. The light from Broderick’s tower shined so bright that there was no need for a sun. It blinded the eyes of every person walking by with a fifty-pound load on their back while their Semi whipped them onward. 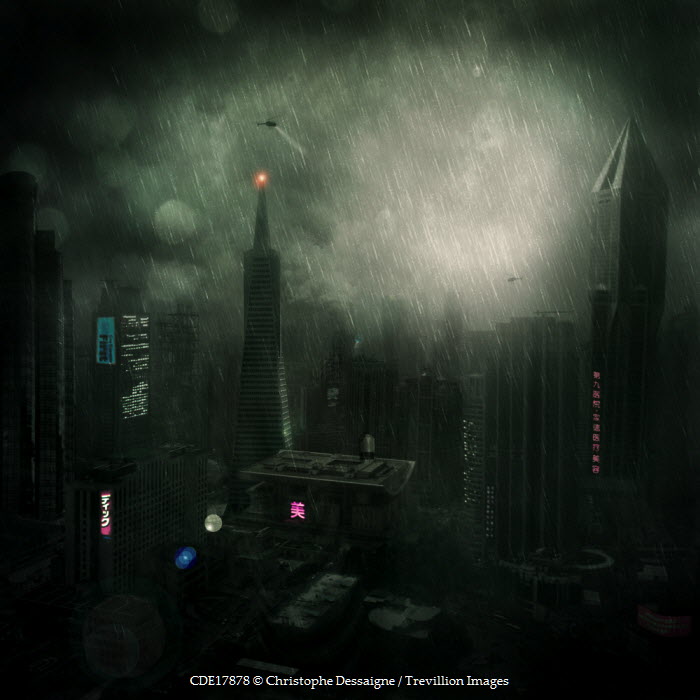 Broderick was the leader of the city, leader of the whole world for all John knew. John had no idea where he was. He left earth in the year 2120 in search for a new hospitable planet for humankind. His ship vanished from any radar about seven light years away from earth. He woke up on an unknown planet and was arrested by the Semis. The Semis are half-human, half-machine androids who serve the will of Broderick. They made up for most of the population of the city. Of course there were other human-like creatures there but they were all not completely human. Every person there was missing something, like an arm, ear or even an eye. Some people couldn’t talk, their vocal cords had been yanked out. John closed the window and returned to his bed where he hoped to pass out again until his inspection. Instead there was a pound on the door, or at least he thought it was the door and not his hungover brain. He got up to check it.

“Who’s there,” he murmured.

There was no answer. He opened the door to two Semis staring down on him. They were seven feet tall at least and identical in every aspect. Their human head was interrupted by the blinking red robotic eye in the left socket. They wore green uniforms with sleeves that made it three quarters of the way down their arm, revealing their faux skin and hands made of electrical wiring. They were the police.

“Come on, let’s get this over with,” John said, expecting them to carry on their usual inspection. But the Semis didn’t budge.

“Broderick wants to see you,” the one on the left said.

“Broderick? Is he someone who can actually tell me where the hell I am?” John asked sarcastically.

“Come with us. Now!” the Semi on the right insisted.

The Semi on the left pressed a button on its arm. A screen appeared and with a few clicks, John’s mouth was sealed shut like someone had sewn it. With the press of another button, John’s hands were tied behind his back by nothing but the air itself. He was blindfolded, pushed down and out of the building, brought down to a tunnel underground and issued into something that looked like an underground metro system. The train flew by at an amazing speed. Seemingly just after he sat down, John was brought on his feet by the same Semis and walked up stairs and into an elevator. The Semis rushed him through a long corridor and seated him inside a large open room with a bright white light shining down directly above him. The blindfold was removed. John looked around the room. It resembled the bridge a space station, similar to the one he had worked on in the past, but far more advanced. Two Semis were typing on a computer design unlike anything he had seen before. The screen was moving so fast he couldn’t comprehend it, there was no keyboard and the Semi operating was typing on nothing, an inch off the table. Another Semi on the other side of the room placed his palm on a screen and seemingly received a message instantly. He focused his attention on the dark figure in front of him, sitting in a big black chair who’s back extended two feet above the dark figure’s head. It was sitting in front of a wide brown desk and he could make out two legs underneath the desk.

There was no introduction needed, John knew exactly who this was. It was Broderick. Looking at the powerful figure he saw no mechanical enhancements. He had no blinking eye and he wasn’t particularly tall.

“I’m happy to see you John,” he said with a smirk. “I’m very happy to see you. I’ve looked over your inspections and have to say, I’ve never heard a story quite like yours. You came here from nowhere.” Broderick laughed. “You literally appeared out of nowhere? So how’d you do it? Teleporter? You’re ship have a cosmic radio system? What was it?”

“Wormhole,” shrugged John, not actually knowing what it was.

“A Wormhole? Wow you don’t say.” He leaned over to the Semi standing next to him, “Do a scan of all wormholes that have popped up in the last four days and track their entrance points.” The Semi walked away and sat down next to a computer. Broderick turned back to John, “So where exactly are you from?”

“Really? I’ve been to earth a few times. It’s very different now. Do you know where you are now?”

“No,” said John. “Your metal heads here haven’t told me anything. I just want to get back.”

“Then I have fantastic news for you my friend,” Broderick said with that same smirk on his face. “You’re back.”

John’s face went numb as Broderick turned away and walked towards the blinded windows. He opened them and motioned for John to come to him.

“Welcome home.” Broderick said as John looked at an open field only the ground was not green like grass. It was a hard black as if it had been burned away. Sitting alone in the distance was an obelisk shaped building that had had its top blown off. The former pointed Washington monument was now a half standing memorial of destruction. John couldn’t believe what he was seeing. He made a break for the door but two Semis stopped him easily and held him up.

“You blew it up! My home you blew it up. Damn you all to hell!” he screamed as he struggled to get loose of the two overpowering Semis.

“Relax John, relax,” Broderick said, that smirk remained on his face. “This is your home. This will always be your home. You will work here and you will die here. And I didn’t blow it up, you’re people did, when your internet crashed.”

John looked at him, tears coming down angered face. “Who are you? You don’t look like them,” John motioned toward the Semis.

John’s eyes gaped open as he looked on at Broderick rolling up his sleeve. His arm didn’t look the same as the Semis. It was more. Broderick studied something on his forearm, fidgeting with some mechanism that John could not make out. Broderick’s arm began to morph into something. His hand narrowed into a sharp point and his skin became solid as metal. His arm began to spin, John began to shake.

“You will love this place,” he said, moving towards John. His arm spun faster and faster until it was just a noise. John struggled but was held down and turned over by the Semis. He screamed and shrugged and did anything to get loose, but the Semis kept him in place. He heard the spin of Broderick’s arm approach him, it was breathing against his neck. “See you soon friend.” Broderick pushed his arm through the back of John’s next. The lights went out inside his head. 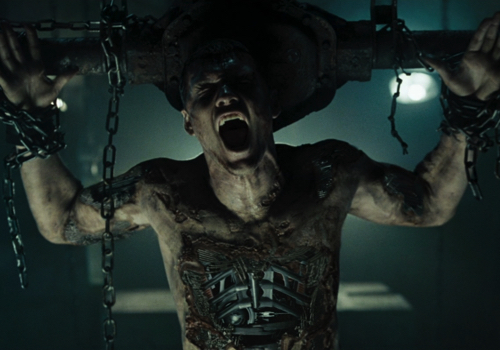 John woke up to the sound of a bell. He got up, already dressed and walked out his door. He entered the room with the bright white light where three Semis were working at their computer stations. He pointed himself at the man sitting at a desk in the front of the room. “What can I do for you to start off today sir?”

Broderick turned around in his chair, “John! How did you sleep friend? How is your head feeling?”

“Perfect sir, just like every other day,” replied John.

“Excellent, why don’t you get started then.”

“Yes sir,” said John, turning away and preceding to exit the door into the corridor where human slaves mindlessly walked through, either carrying equipment or pushed by Semis.

He proceeded to the corridor and entered the same room he did each day. The room had a mirror. He approached it. He looked at himself up and down. He looked himself straight in the eye. His mirror-self looked straight back at him, blinking a faint red light in his left eye. He looked down at his forearm and pressed it. A screen appeared from nowhere. He looked back at himself. “Time to get to work,” He said with a smirk and exited the room.